It's back on the small screen!

Incase you didn't see it the first time, it's back on I player for the next 30 days! Just search for "Escape To The Country or click the link below. https://www.bbc.co.uk/iplayer/episode/b08wvgvm/escape-to-the-country-series-17-45-minute-versions-62-exmoor Alternatively, search "escape to the country" in our news feed, we have got the 3 minutes of fame on Youtube! #EscapeToTheCountry #exmoor #TV #Famous #BBC
17 views0 comments 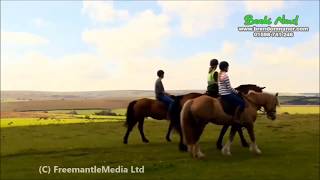 Brendon Manor on Escape To The Country!

Missed our recent 5 minutes of fame on I-Player or on BBC 1? Don't fear, we've condensed it down into 3 and a half minutes of pure Brendon Manor action for you, which you can watch as many times as you wish! #EscapeToTheCountry #TV #BBC #Fame #Trekking
80 views0 comments
Chris Wareing

As seen on TV!

In August last year, we were approached by a TV production company who needed a trekking centre to appear on Escape To The Country as part of a short film within the program. Naturally, we said YES and at last, we've made our small screen début! The episode isn't available on I-player at the moment, but we hope to be able to show the clip on the website in the near future. Not only is Brendon Manor Stables featured, but some great shots of Exmoor, Lynton and Lynmouth, with
16 views0 comments